My Personal Challenge of Quitting Twitter for a Week 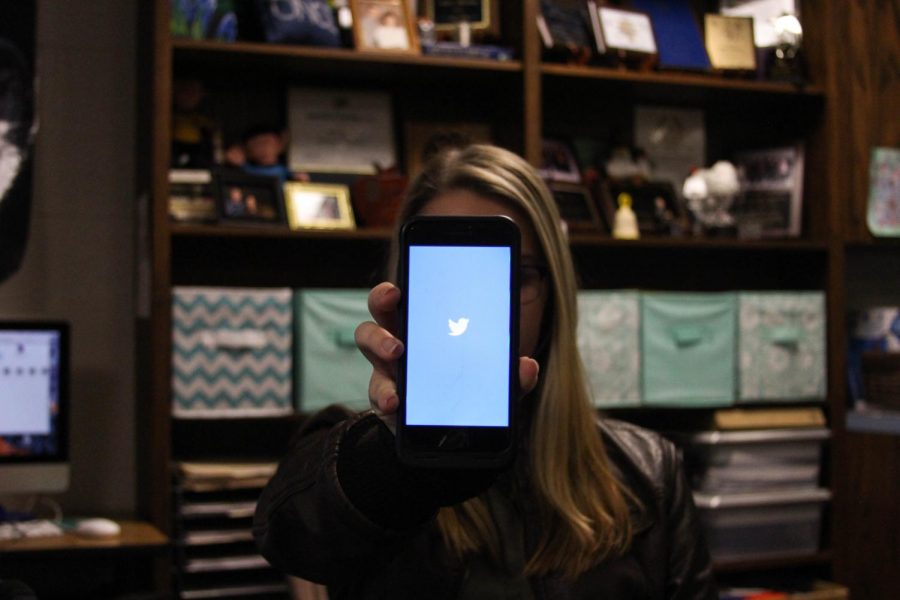 If you were to ask someone how often they see my tweets come across their timeline, it is likely that you would receive one of two responses: “I see her tweets all the time,” or “I never see her tweets because I was tired of seeing them all the time, and I muted her.” Ever since I downloaded the app in 2014, Twitter has become sort of an obsession. I tweet about everything that came to mind. At first, I did not see a problem with it because everyone was using Twitter. However, in the past few weeks, I have noticed that what used to be my favorite pastime was turning into my enemy. I was putting off my homework until the very last second, I ended up going to sleep later and later every night and I even found myself becoming jealous of people I didn’t know simply because I thought they looked prettier or skinnier than me. It had become toxic, and it was turning me into a negative person. One day, I decided that I had had enough, so I gave myself a challenge: go one week without Twitter and see what happens. Is it not ironic that, I, the social media editor, am giving up one of my favorite forms of social media for a week? I documented how I felt every night before bed for seven days through the experience:

Day One: I have officially been Twitter-free for 24 hours. So far, I feel no different. I find myself going to where the app used to be, only to be slightly disappointed by its absence. Maybe this will not be too hard.

Day Two: Okay, I was wrong. This is definitely difficult, and I feel like I am missing out on a lot. I was used to spending my Friday nights checking up on how other people spent theirs, and now I have no clue, other than what I see on Snapchat. This is going to be a long week.

Day Three: My thoughts are very much the same as yesterday. You have no idea how many times I have been tempted to redownload it. I am keeping myself under control, though, and doing my best to resist.

Day Four: Today has been great! I am currently writing this at 9 p.m. as I am settling in for the night. Crazy, right? Last week, it was completely normal for me to go to sleep at 2 a.m., and here I am going to sleep at 9 p.m.. Plus, I have gotten so much accomplished. I cleaned my room, did a lot of laundry and reorganized my entire closet. I think I am beginning to realize how much time I have wasted in the past by spending all day on Twitter.

Day Five: Another productive day! I cleaned everything in the house that could possibly be cleaned and even made dinner for my family. Twitter was the last thing on my mind. Honestly, it feels kind of good.

Day Six: As the end of my challenge is drawing nearer and nearer, I am discovering a lot about myself and how I should be managing my time. It has been cool to see how much more productive I can be without having my eyes glued to a device.

Day Seven: I have done it. I have reached the end. I’m surprised at how much more positive and productive I have felt without worrying about what everyone else in the world is doing. When I wake up tomorrow morning, I will allow myself to redownload the app and catch up on what is going on.

A week has come and gone since the end of my project, and I am still feeling great. My time on Twitter has definitely been limited. Instead of checking in every five minutes, I only scroll though it after school and before bed. And instead of using Twitter as my personal diary and documenting my every move, I have taken up journaling my thoughts instead. I have also been filling my time with more productive things, such as doing my homework as soon as it is assigned, going to sleep much sooner than 2 a.m. and instead of being jealous of girls I thought were skinnier than me, I joined a gym and decided to make healthier eating choices in order to do something about it myself. It is funny to me, how a project that was initially meant to reduce my time on social media, ended up causing me to make beneficial lifestyle changes. All in all, Twitter is not a bad thing at all. In fact, it is a great way to communicate with friends and look at cute dog pictures. It only becomes a bad thing if you let it.