This is the Greatest Show. 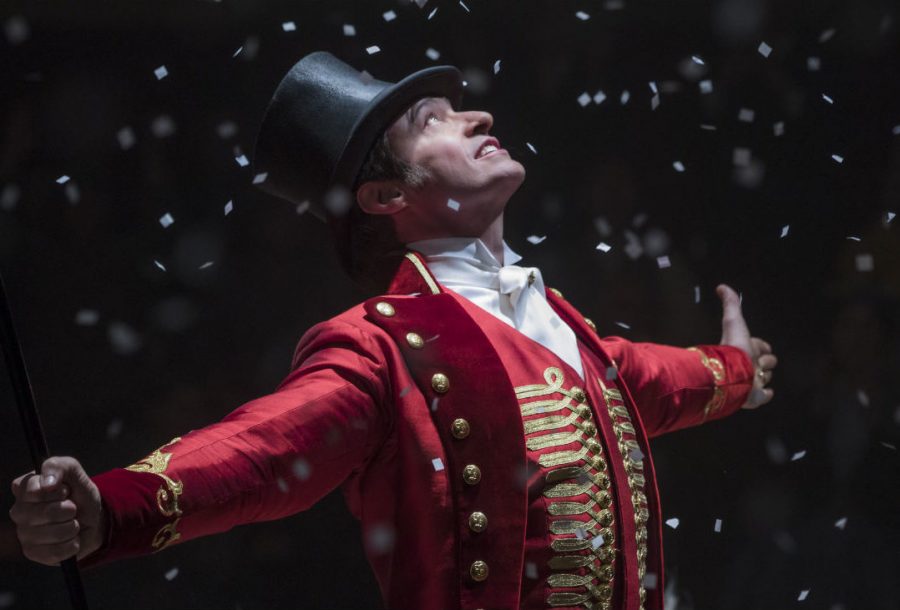 Director Michael Gracey’s musical, The Greatest Showman, uses inspiration from the life of P.T. Barnum. Screenwriters Jenny Bicks and Bill Condon provide the fantastical script to go along with the songs, which were written by John Debney and Joseph Trapanese, and when combined, provide the proper movie experience. This is exactly what the movie is: an experience. Not only is the acting by the superstar cast of Hugh Jackman, Michelle Williams, Zac Efron, Zendaya, Rebecca Ferguson, and others absolutely phenomenal, but their performances seem more like true characterizations as opposed to the mere playing of a character.

SPOILER ALERT: The movie begins with the title song playing and a showy performance by P.T. Barnum, played by Jackman, already at the peak of his performance career. However, the film truly begins after the flash-forward sequence has ended, and viewers are placed in the point of view of a younger Barnum, working under his father. Gracey’s work makes sure the viewer is well aware of the struggles of poverty, as Barnum and his father are treated lesser than the upper-class family of Charity Hallett, played by Skylar Dunn as a child and Michelle Williams as an adult. After Barnum is left on the streets, he goes to work for the railroad and returns much later to take the hand of his lover, Hallett, in marriage.

After coercively taking a loan from his bank, Barnum opens a museum of “natural oddities” and earns little. Upon hearing a seemingly life-changing comment from his children to have “living” exhibits, Barnum creates the circus which he was famous for. Gathering cliched oddities like a bearded lady, trapeze artists and many more, he begins to garner hatred from the city. Barnum, however, pays little attention to this, and continues to live lavishly, which he justifies by proclaiming it is “for his wife” – much to Hallett’s dismay. Later, he meets renowned playwright Phillip Carlyle, played by Efron, who was also a character created for the film. After perhaps the best musical number in the entire film, ‘The Other Side’, Barnum and Carlyle become partners in showbusiness.

Barnum and Carlyle then agree to enlist the help of Jenny Lind played by Ferguson, a globally recognized Swedish opera singer. Upon Lind’s opening act in America, another great song titled ‘Never Enough’, Carlyle and Barnum agree to send Lind on an America-exclusive tour. Barnum returns early from the tour to find a his theater has burned to the ground. Carlyle offers Barnum a 50-50 partnership and Barnum accepts. The movie fades to black on a scene of Hallett and Barnum together on a beachside.

The content of the film is perhaps the most impressive to the overall experience. An example of this occurs during the scene when the freshly-returned-from-work Barnum parades around a train yard with his newlywed wife. Also, one of the most impactful scenes is the trapeze scene with Anne Wheeler, played by Zendaya and Carlyle, when the two confess their love for each other as they fly around the set. The most shocking part of the scene was that it was real, and not computer-generated. Zendaya had to go to trapeze classes, and Efron was trained to do the same. However, their romance did not quite impress me as much as the message anticipated it would. Their romance is an attempt to bridge the gap between outcasts and upper class, however Carlyle chooses the most attractive of the outcasts, and the romance boils down to “star-crossed lovers.”

Overall, the movie left an impressive impression upon me. The cinematography coupled with the brilliant scenery and songs made the film complete. Musicals usually do not interest me in the slightest, but ‘Showman’ opened my eyes to the potential behind musicals and their inherent value within cinema. My final verdict is four out of five stars. This movie would earn a perfect score from me if the romance between Efron and Zendaya’s character was able to get the message appropriately across.