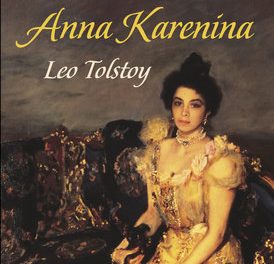 Auditions were held for this year’s one-act play, ‘Anna Karenina,’ a theater production featuring a single act. Pieces of the script were sent out for students to pick up and begin working on scenes that they present on the day of the audition. Now that students have been chosen for each part, rehearsals are taking place.

“It starts with basic things like character development, storyline plotting,” art and theatre teacher Kari McKenzie said.”We move into blocking, and as we progress a month or so into it we basically go through the entire show.”

This year’s play is based on the  tragic love story written by Russian author Leo Tolstoy. The main character and the show’s namesake, Anna, will be played by junior Kayleigh Melvin.

“It’s basically a story of ill-fated love and life itself,” McKenzie said. “It’s very dark; it’s about her life and seeking love and passion and [her] tragic end.”

The audition involves being given a monologue and presenting it to the directors of the production with other people. Those who wish to read again may find another group or perform another monologue. The next day, callbacks are put out announcing the various parts students have. This year’s play has a cast of 15 students.

“It was a really fun process. We had about a week to prepare a scene with another person or group of people,” freshman Alexander Gabba said. “The directors gave us the scripts to the different scenes. We performed in front of the two directors, group by group, and then waited that night to see the callback list. I’m a freshman so I’ve never been in One Act before and I’m extremely honored to get a ‘lead’ to this play.”