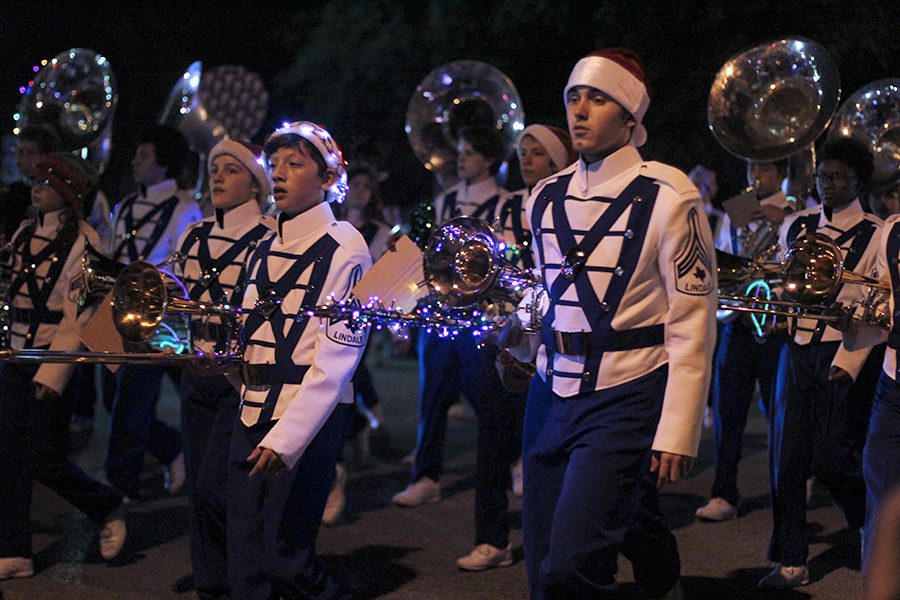 The band marches at the annual Christmas Parade. The upcoming Christmas concerts by band and choir are continued displays of Christmas cheer.

“I think that every group will play well even though we’ve only had 14 days to rehearse,” band director Susan Scott said. “I hope the concert goes well tonight. My percussion section will even be making an appearance as Santa and his elves.”

The concert band will open the performance, followed by the symphonic band and the wind ensemble will close. Each band will perform three to four Christmas and holiday songs while decorated with lights, santa hats and other festive attire.

“I think the music is really pretty this year and a lot of fun to play,” senior Carson Clifton said. “We even get to have ‘The Night Before Christmas’ read to the audience during our performance.”

The choir’s Christmas concert this year will be slightly different than years’ past. Instead of solely group songs, the concert will feature student solos, duets and other highlight performances.

The students began preparing for the Christmas concert in November and have thoroughly prepared a selection of festive songs to present.

“This will be one of the first concerts that really showcases students across the board,” choir president Annie Evans said. “Having the individual songs makes the concert more personal for the students because they get to choose songs that are important to them, and it adds variety to the song choices.”