The journey of 1000 wins begins with a single spike

Lady eagles rise in the ranks 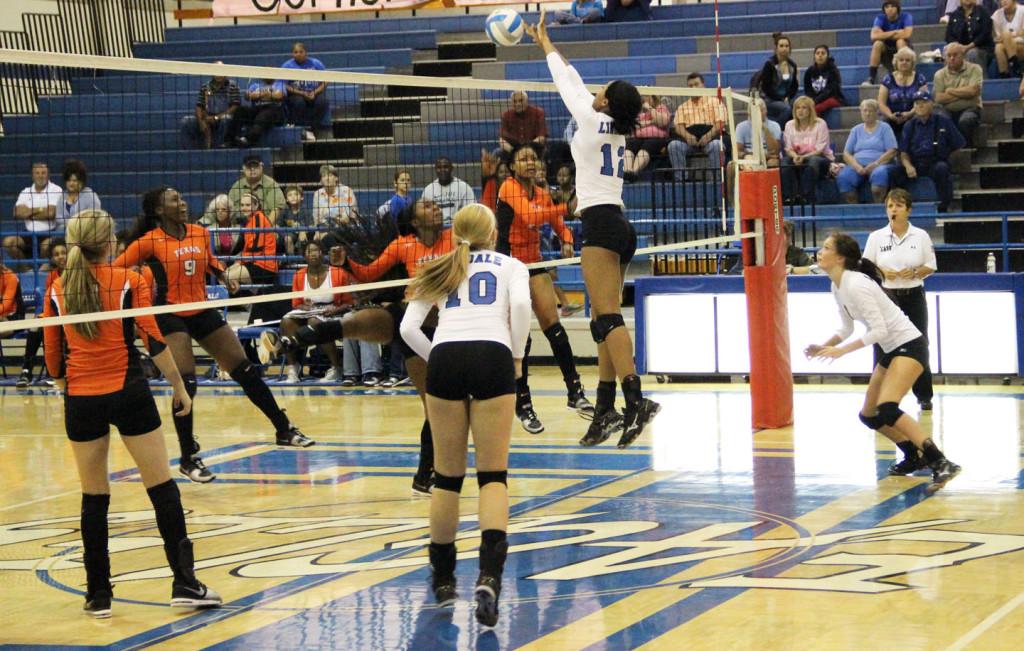 Senior Nicole Borger steps back, throws the ball up for a serve and slams it down with force as she records yet another ace, and another win for the Lady Eagles. Borger, who has been a three-year varsity volleyball player, has been one of the key players on this year’s upbeat team.

“I think everyone on the team is extremely satisfied with our performance so far this year,” Borger said. “One of the main reasons we are doing so well is all the hard work we put in, and the fact that we all like each other.”

The Lady Eagles’ volleyball team has a 28-3 record overall with a 2-0 district record after their second game in district play. Through the course of the season, the team has won three tournaments and come in second place once.

“The team we have this year has never felt more like a family,” Borger said. “Over the years, our practices have always been the same, and we always work hard. We have such great chemistry as a team that we are just that much better.”

The team has been ranked ninth in the state by the Texas Girls Coaches Association. Senior Makenna Allen is one of three team captains on the team and strives for constant improvement for herself and the team alike.

“Our leaders strive to set an example of how things should look and how they should be done,” Allen said. “We are not just a group of girls; we consider ourselves a family.”