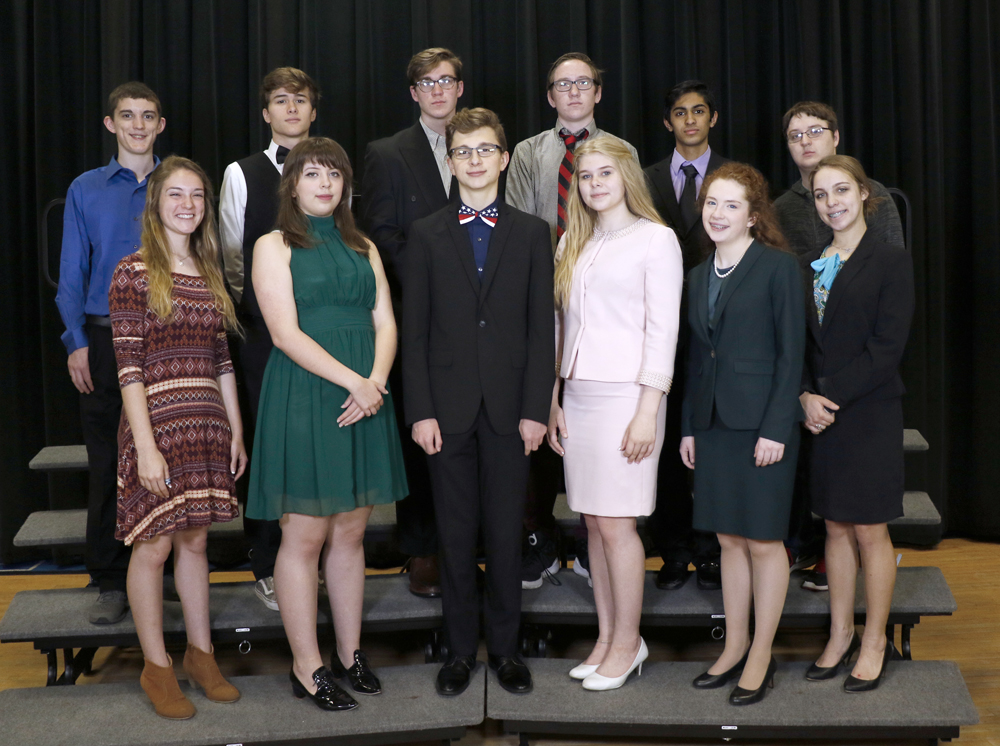 Lindale High School’s UIL academic team won the overall state championship Tuesday in Austin.  This win marks the first state championship since 2006, and the first ever as a 5A team.   The Eagles beat out multiple high-achieving contenders such as Highland Park, Prosper, and The Colony among many others.

“I was a member of the ‘04 and ‘05 Lindale UIL Academic state championship teams, and there is no feeling like earning one as a coach and sponsor,” Rory McKenzie, UIL coordinator and speech and debate coach, said.  “This is a marathon starting back in January and continuing all throughout May.  Becoming a champion after so much hard work is the icing on a truly fantastic year.”

The journey began  in January with the Congressional Debate state meet.  Evan Bewersdorf emerged with a state championship while junior Anthony Wyatt earned a bronze medal.  It continued over spring break with the Cross-Examination Debate state meet, where for the second year in a row, Lindale closed out the final round earning 36 points.  Senior Jonas Thrasher-Evers (a three-time state champion) and partner Ronak Desai took the gold medal while juniors Robert McWhorter and Anthony Wyatt claimed the silver.

“It was such an inspiring experience to compete at state this year,” junior Anthony Wyatt said. “I know I’m always representing Lindale when I debate and nothing could make me more proud than bringing home a medal.”

“I am so proud of all of my fellow students who competed because I know how hard we all worked to reach this goal,” senior Skylore Evans said.  “I feel a great sense of pride knowing that I helped to contribute to Lindale’s collective win.”

At the final round of competition held May 21-23, junior Evan Bewersdorf placed first in Lincoln-Douglas debate and first in informative speaking making him a three-time state champion this year.  Sophomore Samantha Rodden placed sixth in poetry interpretation and junior Ronak Desai placed fourth in persuasive speaking.  Sophomore Ashlynn Ellgass placed sixth in Lincoln-Douglas debate.  Anthony Wyatt and Elizabeth Tagg also competed at the May event.  All this added up to a speech team championship as well, the Eagles third consecutive year to win the honor.

“When the coordinators announced that Lindale won the overall academic championship, I was incredibly honored but also humbled,”  junior Evan Bewersdorf said. “This showcases our ability to not only function well as a team but as a community.

Preparation for UIL academics begins over the summer where teachers attend workshops and conferences and students attend summer institutes.  Students compete at invitational  tournaments throughout the fall and winter before most competition begins in the spring.

“Mr. Surratt set a goal at the beginning of the school year for our academic team to win a state championship,” Amanda English, computer applications and science coach, said.  “It is exciting to see that goal achieved.  I am so proud of our students and the hard work they put in to win this championship.”

In total there are 29 academic disciplines ranging from theatre and film to literature to math and science.  The Eagles who competed at state are coached by Rory McKenzie and JP Fugler in speech and debate, Amanda English in computing events, and Neda Morrow in journalism.

“It feels great to be a part of a state champion academic team,” junior Ronak Desai said.  “It shows just how lucky we are to have the best teachers and sponsors in the state. They are all extremely inspirational and always motivated us to work as hard as possible every step of the way.”

UIL academics is a program designed to motivate students to higher levels of learning and critical thinking.  Competitors are challenged to think critically and creatively, and the competition facilitates a broader range of learning that complements the standard curriculum.

The LHS students who won UIL State have made history for our school and community,” Principal Valerie Payne said.  “ I could not be more proud of their hard work and this fabulous accomplishment.  Each of the students who competed are outstanding young men and women who are most deserving of this victory!”