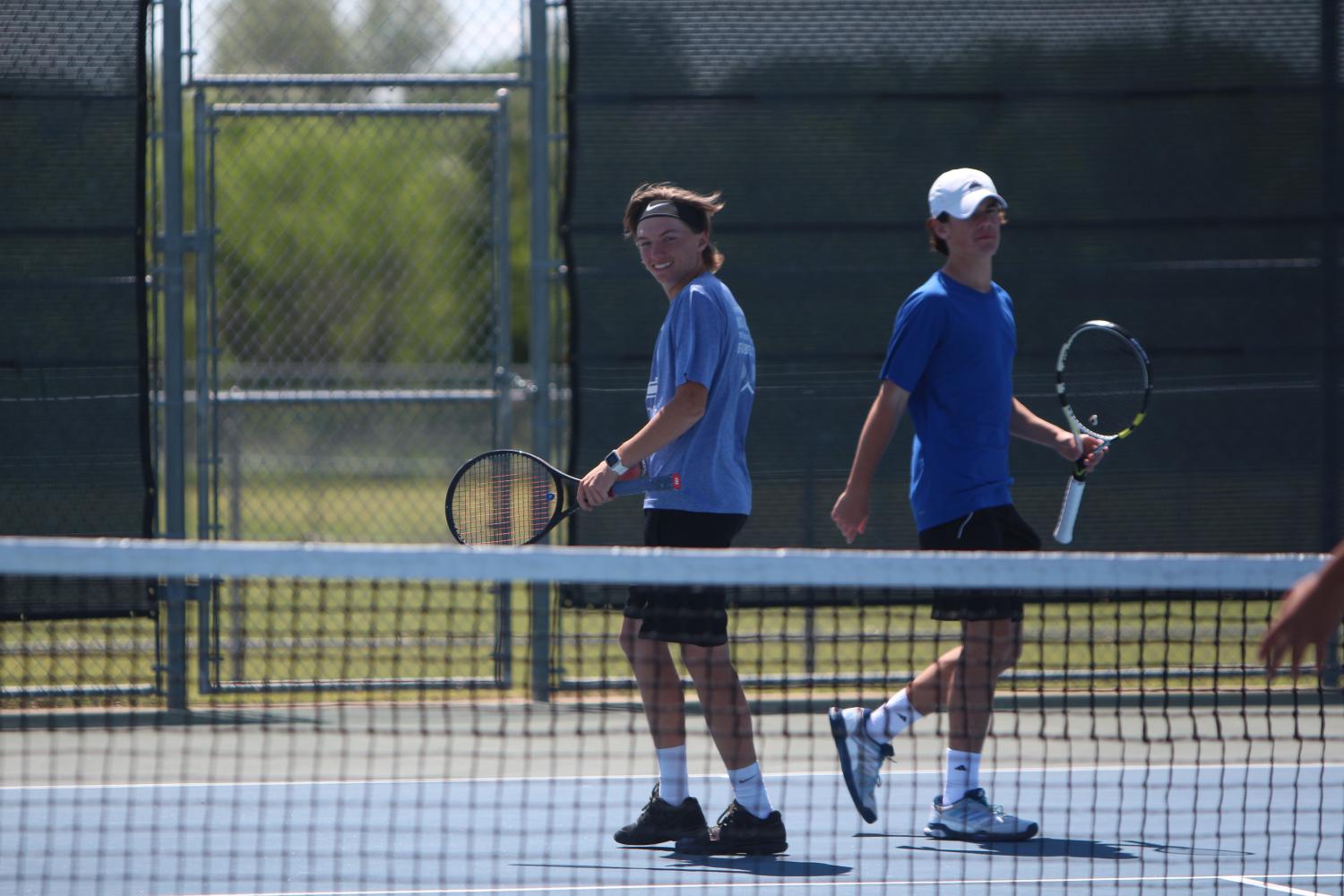 Boys doubles team Kylar Moore and Aaron Gambrell compete at district. The teams advanced to the semifinal round at regionals.

The tennis team recently competed in the regional meet at Blythe Calfee Tennis Center in Willis, Texas on April 18-19. Those who qualified for the meet were senior Kylar Moore and sophomore Aaron Gambrell.

“Kylar and Aaron were the only ones from Lindale who advanced to the regional meet,” Namanny said. “They both put in incredible amounts of hard work and it was very great as a coach to see that pay off.”

Moore and Gambrell competed at the Region III tennis meet in boys doubles. They advanced to the semifinal round, making them the farthest tennis competitors in 5A in Lindale history.

“The competition was very eye-opening to me,” Moore said. “Not only was I competing with the best in the region, but I also was able to see how we all were competing for the same goal.”

The boys attribute their success to their coach, Randall Namanny. Citing hard work and dedication, both believe the entire team has helped, as well.

“I would say my coaches are the main reason that me and my team have had so much success this 2016-17 season,” Gambrell said. “[They] have put the time and effort into me and showed me how to apply things [in tennis] to my everyday life and that’s all I could ask for.”