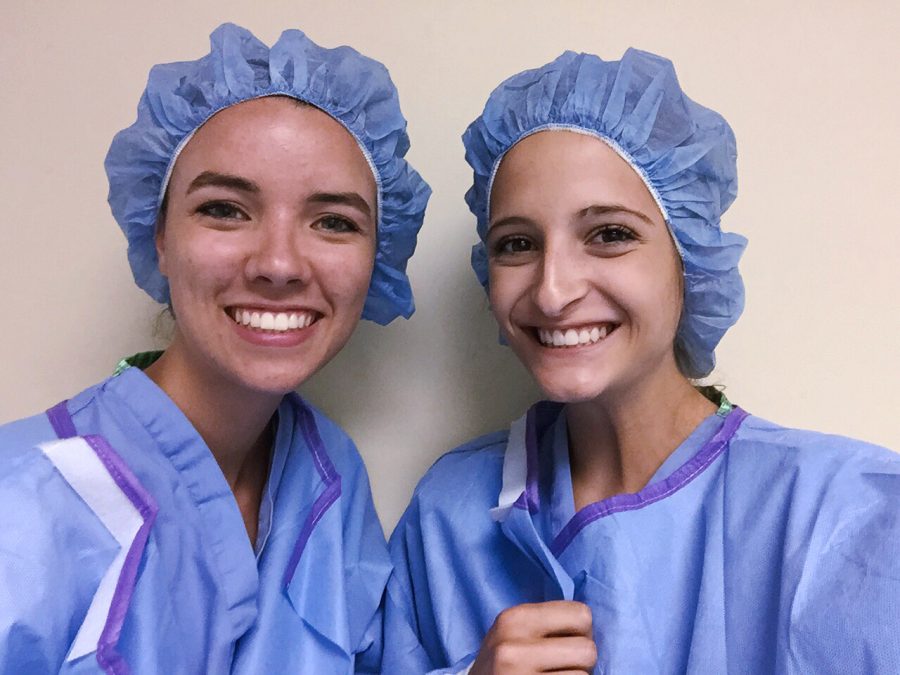 “This experience was so inspiring,” Griffith said. “It definitely encouraged my thoughts about working in the medical field.”

The two seniors have long been interested in the medical field, and their first inspiration came from television shows such as “Grey’s Anatomy” and “NY Med.” Both ladies also participate in the CTE department’s medical terminology program which takes field trips to medical facilities.

“It was all so fascinating, Griffith said. “One night at a family dinner we were talking about my interest, and my aunt said that she could see if she could get me into a few surgeries and to follow her around some. She is a nurse practitioner at Medical City in Dallas.”

While on the trip, the seniors were able to put on scrubs and watch three surgeries, including a surgery for atrial septal defect repair, a cardiac cath procedure, and an open heart surgery.

“It was so cool to see an actual beating heart in person,” Griffith said. “The anesthesiologist actually let me and Abbie come back where he works to see the surgery. From where we were standing we were probably about two feet away from the heart, and we could pretty much see right over the heart. It was so thrilling to watch.”

Anderson is interested in becoming a nurse practitioner, and Griffith plans on working in an operating room in some capacity.

“Getting to see an open heart surgery was so unreal, and it was even better to watch it with one of my best friends,” Griffith said. “I loved every minute of it.”