Cochran moving up to coach college 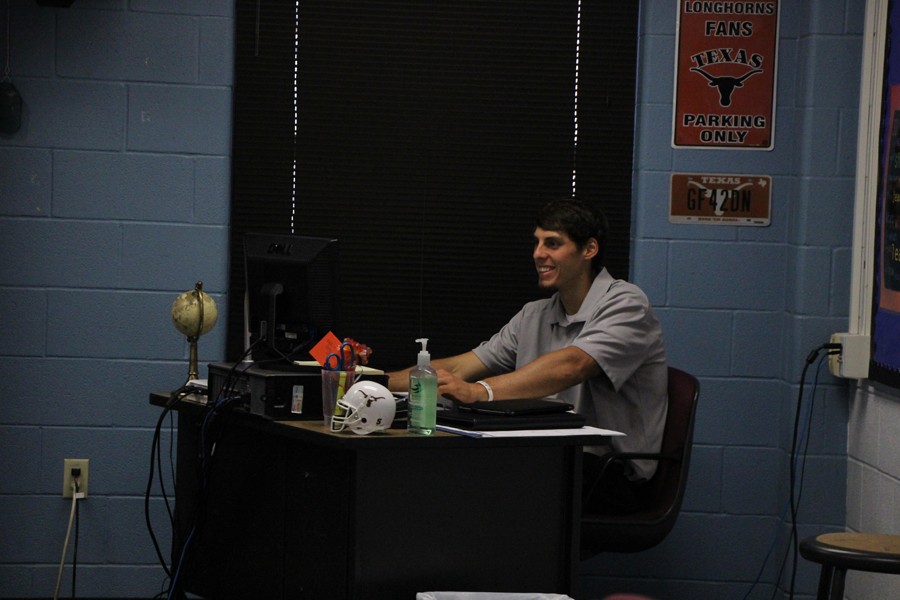 After a year of coaching and teaching at Lindale, assistant offensive line coach Josh Cochran is moving on to coach at East Texas Baptist University. Cochran will be the offensive line coach and the run game coordinator for the defending American Southwest Conference champion Tigers.

“I had a lot of coaches that impacted my life,” Cochran said, “I wanted to do the same for future generations.”

Cochran played football at the University of Texas under former head coach Mack Brown. He started 23 games and played in 30 games in his three seasons for the Longhorns at offensive tackle and as a reserve blocking tight end.

“I’m really excited to coach at ETBU,” Cochran said,” It’s a great opportunity that God has blessed me with and I want to take advantage of it and impact those college athletes.

“His experience playing at the University of Texas will be great for our guys and recruiting”  ETBU head coach Scotty Walden said.  “His personality and faith in Christ were evident early in the process, that’s when I knew I really liked [him].  “Cochran is an up and coming coach in this business and will do great things here.”