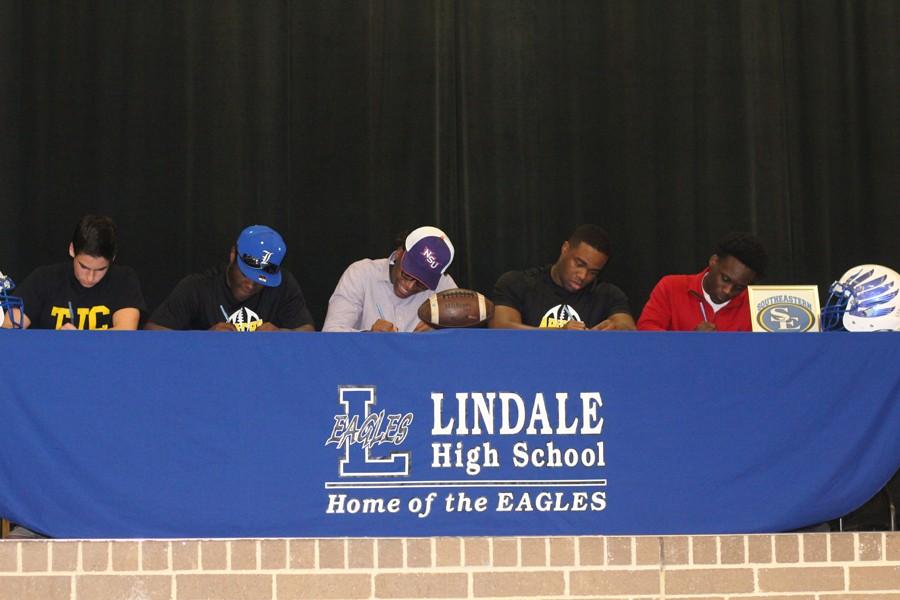 “I was very excited,” head coach Mike Meador said. ”These kids worked hard for four years and for them to be able to go get an education, but also play football is a blessing.”

“It will be a great opportunity,” Lawless said,” Just getting to play with two of my teammates from Lindale and being able to represent Tyler Junior College.”

Lawless was the ETSN.fm East Texas Football Super Team’s first-team punter. He hit 13 of his 16 attempted field goals for the year, his longest at 48 yards.

“It was just a feeling of relief,” Morris said,”All the hard work has paid off and someone was willing to take a chance on me.”

“Keep working hard,” Meador said. “They just need to keep pushing on. What they’ve learned so far and what they will learn in football in these next years will help them be successful in life.”

Williams signed with Mid-America Nazarene University. He played as a wide receiver on offense and played in the secondary on defense.

“I’m just excited to go to college,” Williams said, “It’s the start of the next chapter of my life.”