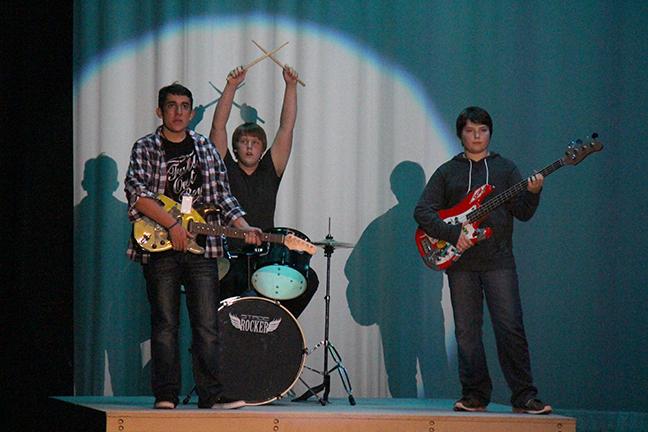 Theater and technology students hosted a festival December 6th. The theatre students performed their student shorts and broadcast students showed their films to a panel of judges and an audience.

“This is our first time ever doing something like this,” theater teacher Amanda Murray said. “It’s such a great opportunity for my students and they benefit so much from it that I definitely want to continue to do this type of thing.”

“Learning to be a student director was an opportunity I thank myself everyday for taking,” student Cassidy Reed said. “Not only will it look good for college, but I got to portray the story I wrote, my story, the way I wanted it to be seen.”

This was Lindale’s first time running a festival at the Performing Arts Center, and four other schools attended. Mrs. Murray and the students hope to continue the festival for many years to come.

“I’ve had a lot of positive feedback from other directors,” Murray said. “They want to come back next year and we’re hoping to bring in even more schools.”

Multiple videos were also put into a separate competition at the festival. Students from Brad Harden’s audio/visual class and Neda Morrow’s digital graphics classes wrote, directed, and acted in short films for the festival.

“Our film was about a girl who didn’t have anyone to share her feelings with,” student Matthew Brooks said. “She felt so alone that she was going to kill herself by bleeding to death, but as soon as she did it she got a phone call that saved her life. It’s just a good representation of how one person can save a life.”