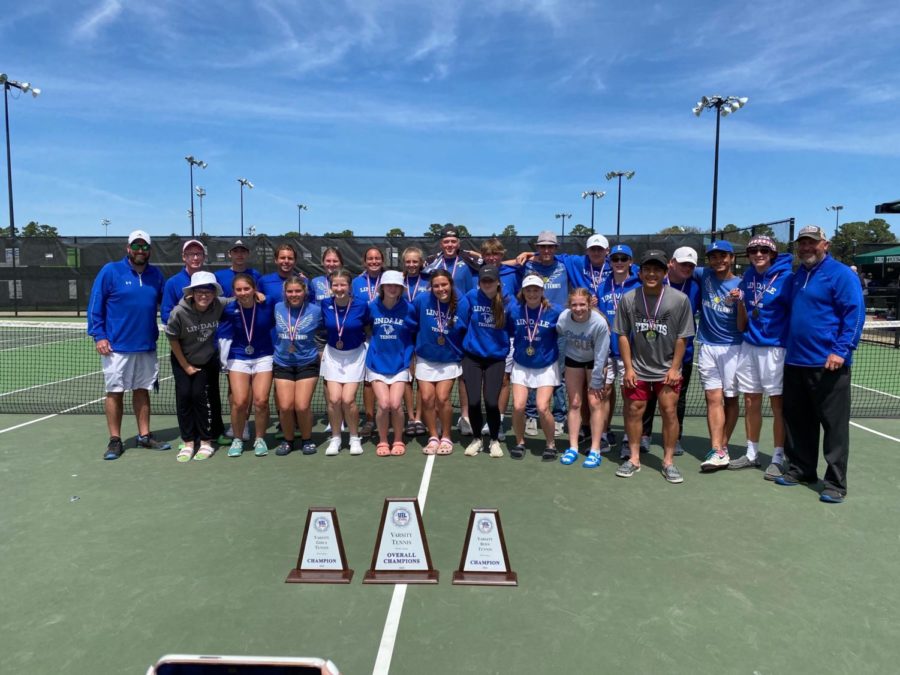 The team poses after winning first at their district competition. "The feeling of winning is amazing," Nilson said. "I love it."

The tennis team placed first at last week’s District tournament for the second consecutive year in a row. They also have teams qualified for Regionals in all 5 divisions, which will be held in Longview April 11 and 12.

“I am so proud of these players and their hard work,” head coach Randal Namanny said.

They scored 103 overall points with 50.5 coming from the girls team and 52.5 from the boys team. Those who qualified for regionals include sophomore Emilio Rodriguez in boys singles, sophomore Nicole Hines in girls singles, junior Taegan Michel and freshman Bree Taylor in girls doubles, seniors Hunter Graham and Hayden Harry in boys doubles, and senior Taegan Terry and junior Bailee Lane in mixed doubles.

“I am so excited and proud of myself,” sophomore Nicole Hines said. “Regionals makes me a little bit nervous, but I know I’m going to perform my best along with my teammates.”

“The tennis team is like a family,” Nilson said. “I am so proud of everyone’s performances, and I believe our team will continue to kill the competition this year.”