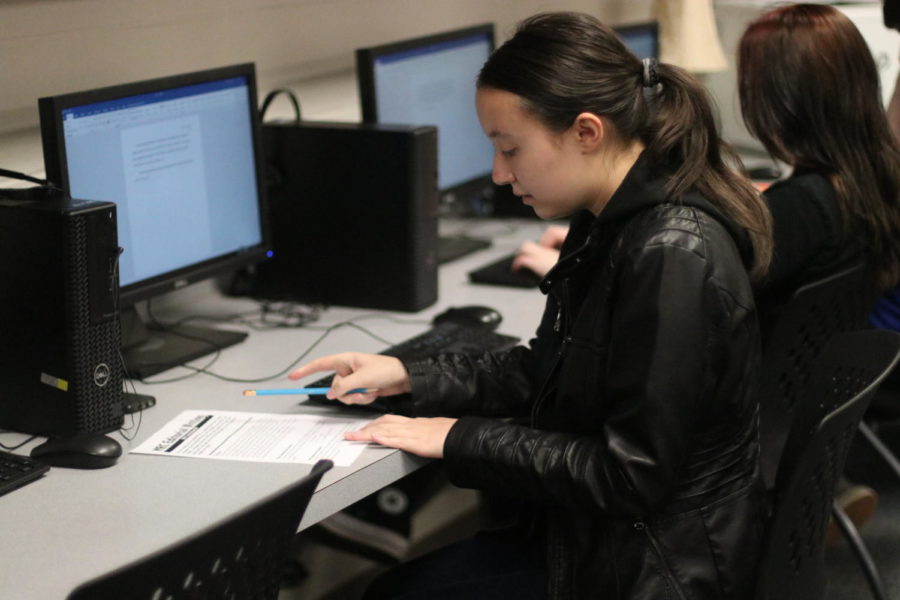 Senior Vivian Lehmann competes in the editorial event. She's one of many to compete.

The UIL Journalism  team competed in a virtual competition featuring schools from around the state  on November 30 at the high school. Everyone placed in their events.

“I’m really excited,”journalism coach Neda Morrow said. “When you look at the results, we had a lot of medals in every category, including first place medals.”

The Central Texas Invitational competition  is led by the state UIL Journalism Director and the Texas Association of Journalism Educators. Over 1900 students competed in this competition and in Lindale’s division there were 89 student entries.

“The team is currently made up of what I call a JV and a varsity which means there are return members on varsity and the JV is a new set of kids who have never competed before this year,” Morrow said. “All of them medaled at some point in the competition.”