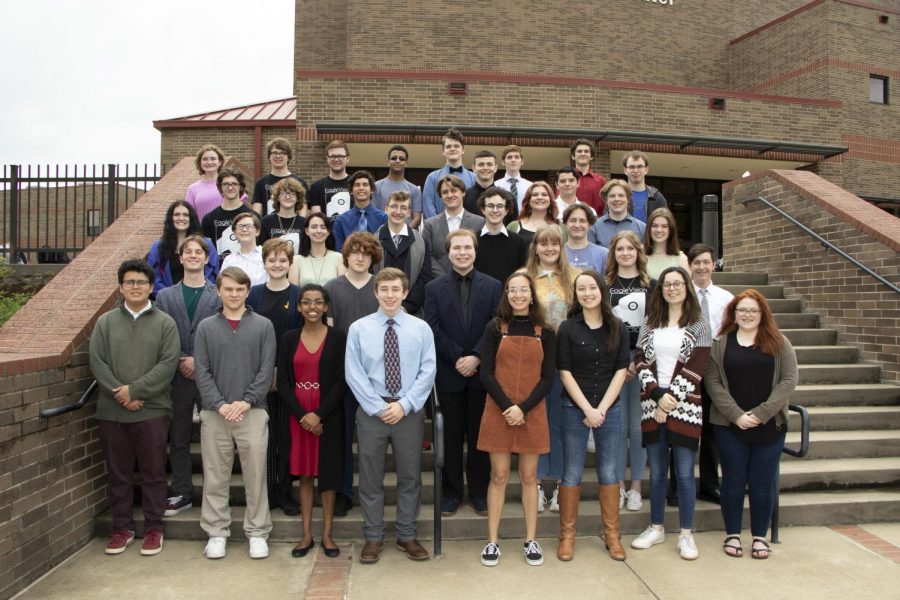 After the final rounds were finished at the UIL Academics Speech/Debate meet this Wednesday, the points were added up and Lindale’s entire UIL Academic team became the overall 4A state champions.

“I am extremely proud of our students and staff for capturing the 4A UIL Academic State Championship,” Principal Jeremy Chilek said. “I am so thankful for every student who spent countless hours in events throughout the year, culminating in this outstanding outcome.”

Lindale finished with 252  points over the next closest competitor, Argyle, who had 233 points.  This win breaks Argyle’s 12 consecutive wins as state champions.

“We’re really excited,” science sponsor Duane Walton said. “It’s a big deal to win state at any level, and to beat somebody like Argyle who has won it so many times in a row is awesome.”

The points started gaining momentum in March when the first debate members competed virtually.  That competition resulted in a state CX championship by Josh Smith and Zach Jones.

Later, in February, the EagleVision team competed in the UIL Young Filmmakers competition.  They won the state film championship in documentary for their film ‘Unconventional Love: Not Your Ordinary Adoptions.’  The narrative film, ‘The Missing Piece,’ which was created in collaboration with the theater department, won a silver medal.

“The students worked so hard to make these films something the entire community could be proud of,” film sponsor Neda Morrow said. “They really wanted to make films with meaning, and the issues of adoption and autism were really important to them.  I am so proud of how much work they put in and the dedication to quality filmmaking that they have.”

In March, the entire team competed and won the district championship and sent many qualifiers to regionals.  The overall team then won the regional UIL competition in April and sent multiple qualifiers to the state contest which was held in Tyler this year.

“It was very inspiring to see so many students do so well at regionals,” journalism coach Neda Morrow said. “The kids on all the teams have worked so hard all year.  I was really excited for them to get to compete this year at regionals and state, especially after last year’s meets were canceled due to Covid.”

“I am so honored to be the coach of such an outstanding UIL journalism team,” Morrow said. “They worked long and hard all year long to improve their writing, and it really showed at state.  I am so proud of all of them.  They worked as a cohesive team, and even the students who didn’t qualify for state came to the meet and helped train the others so they could win.”

The science team had an especially good year against tough competition, winning the regional championship in science.  Then,  Braden Heizer and Ferris Turney tied for 4th place at state.

“We were super nervous [watching the scores come in], but so excited for all the kids,” science co-sponsor Katy Lyles said.

“Zach has been with my team since his freshman year and has been to State every year he’s competed,” computer applications sponsor Amanda English said. “ It was exciting to see him receive the bronze medal his senior year.”

Emily Weberski with the literary criticism team placed 3rd at state in an event that requires extensive knowledge of literature and literary terminology, including reading Joseph Conrad’s ‘Heart of Darkness,’ poems by Wordsworth, and the play ‘Death of a Salesman’ by Arthur Miller.

“These kids have worked so hard,” literary criticism sponsor Penny Snow said. “We’ve gone to so many invitational meets and they’ve been studying for hours on end.  I am so excited for them.”

The current events team placed third overall in their event.  Zach Jones, Gavin James, Aden Ramsey, and Jakob Davenport all had to stay up-to-date with events that are current to this year, and that included knowledge of political and social figures.

“This was the first time we’ve had a team go to state in current issues and events,” McKenzie said. “After a few practice tests, we realized we could do well and the students really responded with their studying. They definitely know what’s going on in the world.”

After the general academics meet, the theater design students competed with online submissions in hair and makeup, and marketing. Cameron Hilliard won 2nd with her superhero themed marketing plan, which included a full show program, study guide, and poster design.  Alli Somes won 3rd with her hair and makeup designed set in McCarthy-era 1940s and an homage to playwright Arthur Miller and his wife Marilyn Monroe. The points from these events, when added with the film teams’ points allowed Lindale to be named the 2nd place overall theater team as well.

“It was very exciting this year to work alongside my co-sponsor, Rebecca Harrison, on these designs,” Kari McKenzie said. “Breaking through and earning medals, and being named one of the top overall theatre schools in the state was one of the highlights of my year.”

In the social studies event, Junior Koby Kleam read the novel ‘Honor in the Dust’ and studied American expansionism from the 19th century through the 1930s.  Koby placed 5th at the state contest.

“I was incredibly proud that Koby put in so much time and study into this topic because it is very in-depth into the minutiae of the period,” social studies sponsor Taylor Jarman said. “He is an exceptional student and I am excited to see how he does next year.”

Finally, this week, the speech and debate team competed in the speaking events. In total, seven students competed. Halle Lambert and Zach Jones broke to the final round where Zach placed 2nd in informative speaking and Halle placed 4th in Prose Interpretation. Once these points were added in, the overall championship was secured, making this win the 6th overall state academic championship for LHS.

“It feels really great ,” junior journalism champion Vivian Lehmann said. “I was really disappointed we didn’t get to do it last year [due to Covid], so this has really been a vindication that we’re actually as good as everyone said we are.”