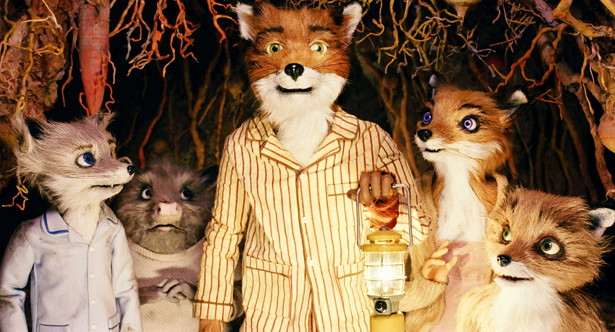 ‘Fantastic Mr. Fox’ is a claymation/animation movie directed by Wes Anderson with animal characters, two of which were voiced by the well known actors George Clooney and Meryl Streep. Like the children’s book by Roald Dahl it is based upon, the movie tells a story revolving around the  unique talents and the importance of family through the Fox family and all of their friends.

The story follows Mr. Fox and his adventures as a thief who came to the decision to give up that lifestyle in order to settle down, and how his life is ruined when he and Kylie the possum decide to steal from three nearby farms. The farmers hunt Mr. Fox and send him on the run, so the community of animals tunnel underground to retrieve food from the farms. During this raid, Mr. Fox’s nephew is kidnapped so Mr. Fox offers himself to the farmers for his nephew’s freedom. Then, Mr. Fox’s son releases a rabid beagle on the farmers to keep them at bay and allow for both of his family members to return home safely.

The movie’s fast paced story allows for nearly any type of viewer to enjoy the movie. Dryness is very prevalent throughout the movie, which is personally very appealing to me. In fact, the movie received an academy award nomination for Best Animated Feature, but unfortunately lost to Disney’s ‘Up.’ I would give this movie a 4.5 out of 5 stars, because of the plot and style.