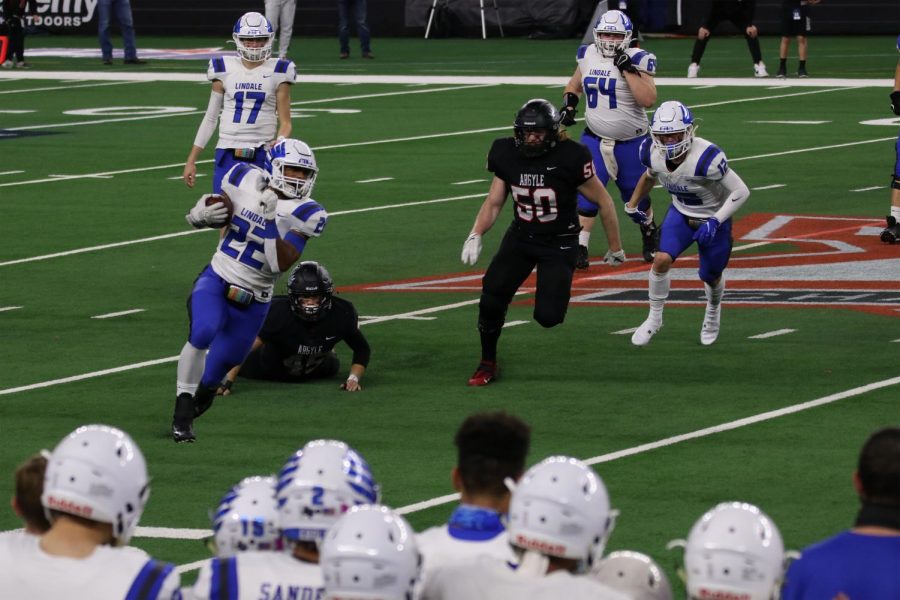 Senior Jordan Jenkins recently won the Built Ford Tough Player of the Year award for division 4A.  To win, one has to be selected during the season as a Player of the Week, and then selections for the state-level award are made after the season is completed.

“It is an honor to actually win the Built Ford Tough Player of the Year this year,” senior Jordan Jenkins said. “I am super excited since I have been nominated in the past. I did not end up winning it, but I was really looking forward to seeing if I could this year.”

He was nominated for player of the week during week six. Jordan then led the team all the way to the state championship game against Argyle.

After he graduates, Jordan plans to continue to play football at Baylor and has already started planning for the transition. Baylor has sent workout regiments and nutritional meals for Jenkins to prepare.

“I am looking forward to going to Baylor a whole lot,” Jenkins said. “It is going to be hard going into it which is good for me because it means I get to improve as a person and a player individually. It is definitely challenging but I think I am ready for it.”

Jenkins finished the year with 3,044 yards and 51 touchdowns rushing.

“I think he has an extremely bright future,” Cochran said. “I’ve told multiple people that just because of the person that he is, the things he stands for, the way he works, and the way he’s so coachable that he is going to do great things in both football and life. The Baylor University football program is truly getting an outstanding young man.”