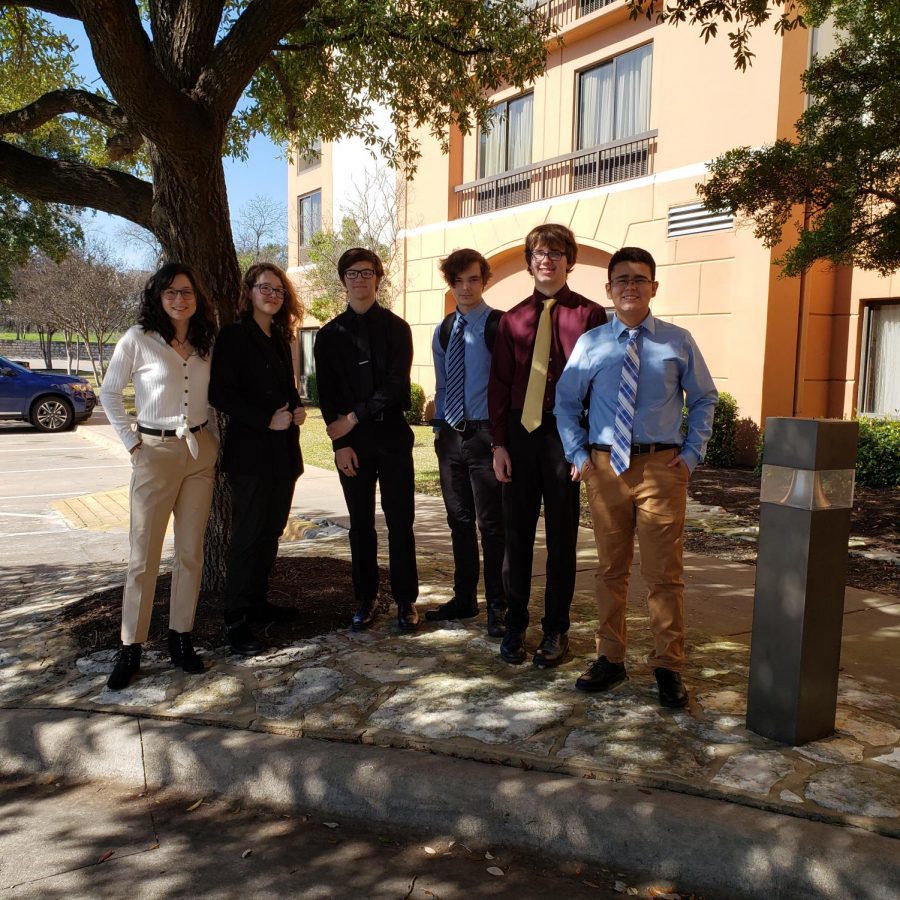 Advanced A/V students attended a screening of their film in Austin in February.

“This is an important award because the contest was open to everyone in the state and comes from the office of the governor,” audio-visual sponsor Neda Morrow said. “More than that, because this award honors filmmakers who respectfully represent disabled persons in media, it is special.”

Each year, students are encouraged to present an original idea for a documentary or film by UIL film contests. This year, a group of advanced AV students, known as the EagleVision team, wanted to highlight a special part of the community, one whose work may not have been noticed before.

“We had dual motives when filming this– originally, we wanted to submit our documentary to UIL and other competitions to award recognition for our AV team,” advanced AV student Jude Ratcliff said. “But I believe we found something greater while filming with the life skills students and seeing the impact Miniature Blessings [horse farm] had on them.

‘Miniature Blessings” was an entirely student-created film, and it also won the UIL State Championship in Documentary Film for the 5A/6A division. The filmmakers participated in creating a video acceptance speech for the governor’s award that will be seen on their social media pages.

“Ever since I started showing my family rough drafts of the film they’ve said “you’re going to do great things with this,” and I never believed them,” advanced AV student Miles Hill said. “We not only made a great film by UIL standards, but impacted the community and even the state as a whole while doing it.”

To see the film, go to https://lhseagle-eye.com/15557/video/miniature-blessings-where-community-meets-the-classroom-uil-documentary-2020/

For more information on the Barbara Jordan Media Awards from the Office of the Governor, go to https://gov.texas.gov/organization/disabilities/barbara_jordan_media_awards