How to Overcome a Fear of Public Speaking 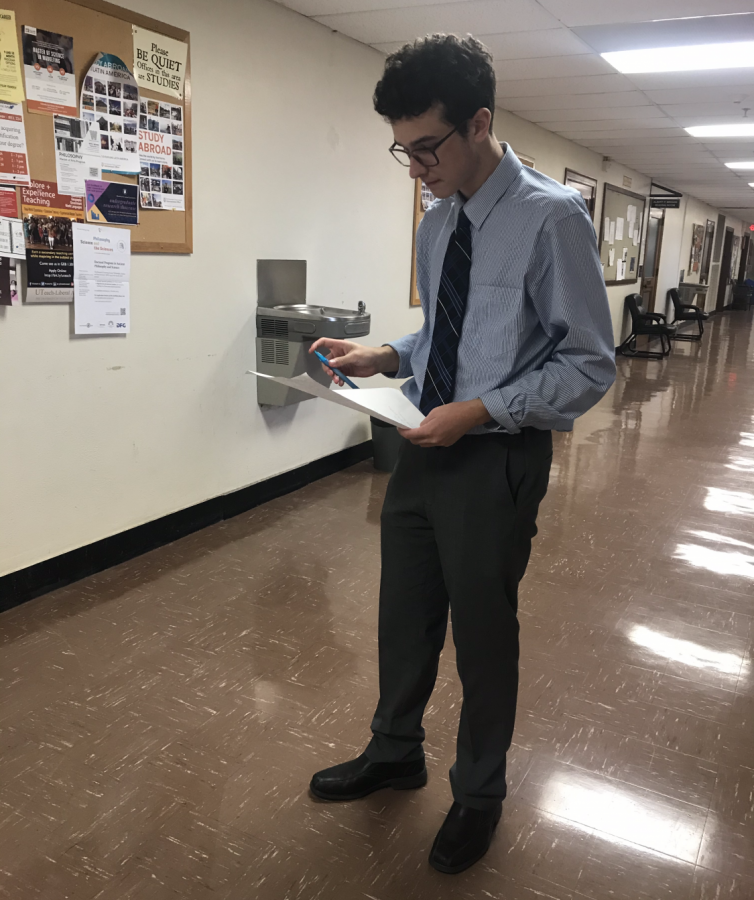 According to a study by “Social Psychiatry and Psychiatric Epidemiology” in 1999, 16.1% of the people reported fear of public speaking. In modern times  that fear has been transformed due to the ever-increasing presence of social media. With that increase in non-human interaction, the fear continues to penetrate people’s consciousness. This poses a question: “If people cannot avoid it, how should a person get over it?” So, here are a few tips on how to conquer the fear of public speaking.

The first way to decrease the probability of being overwhelmed by a speech is to engage the audience. Many speeches in front of a class, business partners or audience often serve either to persuade or inform those groups of people. Often, those speeches will make the mistake of presenting the audience with a large amount of information with little to no personality. This often causes a person to perceive the audience as losing interest, which sparks anxiety within people as they desperately try to gain their attention back. The way to combat both the lack of attention and the structure of the speech is to incorporate audience participation into the performance. This could include a question that is an easily relatable question or incorporating a joke relevant to the information at hand. Another great resource is moving around the area that you are expected to give the speech. This will allow the audience to naturally follow along with the format of your speech. With that, most audiences will naturally build a more personal connection with the speaker which eases tensions in both the audience and the speaker.

However obvious it seems, the best way to overcome the fear is to become one with the anxiety that accompanies speaking in front of an audience. An easy way to accomplish that is to present speeches in front of willing friends. Another way to gain experience is to practice the speech multiple times with slight changes each time. By doing that, a person will both become familiar with the speech itself and the information they are presenting, and they will become more comfortable with having natural slight changes in the speech which prevents a slight slip-up from snowballing into a shutdown. Writing multiple speeches will also substantially increase the ease at which one can give a speech. Once somebody becomes comfortable with writing a multitude of speeches, they will be able to pick up natural patterns in their writing that resonate with audiences. That will, in turn, lead to better speeches with greater ease of delivery. Once somebody becomes acquainted with the format, they would easily be able to insert information and other parts into the speech. Once a person could both practice giving speeches and writing speeches, they would be able to better their speaking abilities.

Most people will often become overwhelmed by the sheer amount of information that they have to present in a speech, which causes them to shut down when they encounter a hiccup. The way to remedy the high-strung nature of those speeches is to subdivide the speech into sections. For example, take a paragraph and simplify it down to its critical components. This will allow the person to process the information that they are presenting. The looser structure of the speech also allows the person to visualize the transitions it has to go through in order to reach a logical conclusion. The more active role in the speech that people take, the better. A more active role means they will both engage in the same thought process that the audience is going through which helps improve the cohesiveness of the speech and it helps emphasize emotions and natural cadences of a conversation.

By engaging the audience, gaining experience and creating a looser outline for speeches, one can become a better public speaker and finally lose the shackles of their fear.