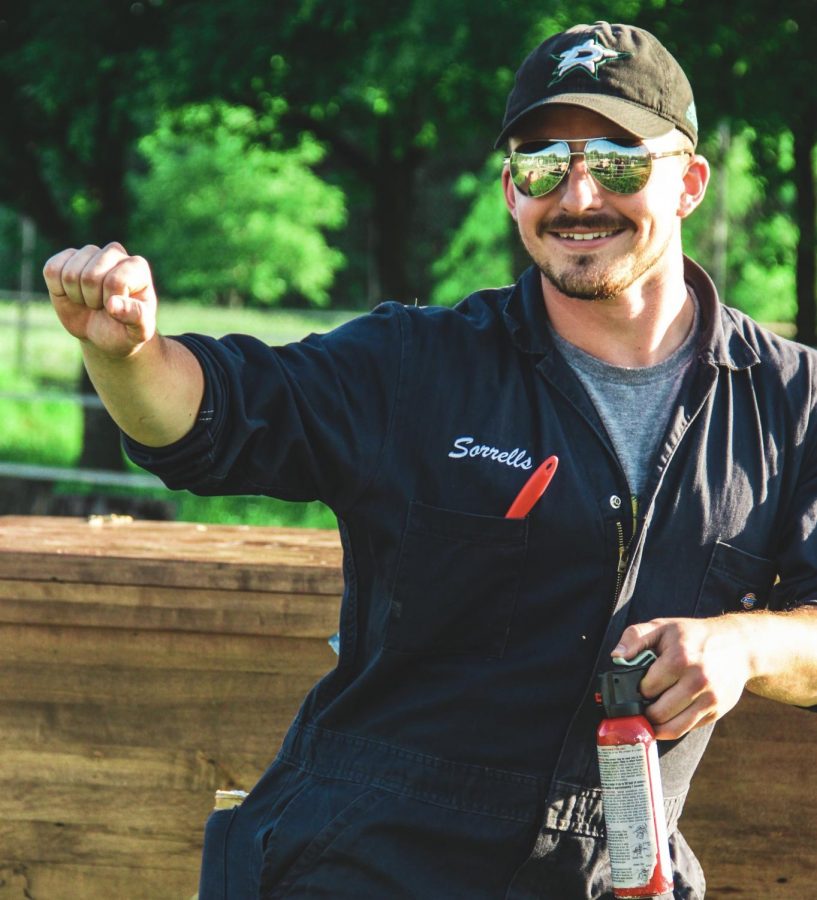 Corban Sorrells signals to the Baylor Bear, Joy, to "sic 'em." He became a bear trainer through the Baylor Chamber.

My brother, Corban, has always been a high achiever and doing some of the coolest and most insane things. When he started going to Baylor they had a fair for the clubs and organizations on campus. He went to a booth for the Baylor Chamber, which displayed pictures of the bears, Lady and Joy, and some of their omnivore chow. When he approached the booth, they told him to eat one piece of the omnivore chow. Somehow, based off of that disgusting piece of food, my brother fell in love with the idea of joining the Baylor Chamber.

He went through the long process of being chosen and joining Chamber, and became an official member in the second semester of his freshman year. He immediately began pursuing being a part of the Bear Program. He started by shoveling poop and graduated to helping the lead trainers with feedings and presentations.

At the end of his sophomore year, he applied to become one of the lead bear trainers. After handling yet another long process, he got accepted as one of two trainers. He got a full ride scholarship with the position and he works specifically with the oldest and alpha bear, Joy.

Now when we go to Waco to visit Corban, we rarely have a day go by without visiting the bears. They are surprisingly gentle and kind creatures, that are more like dogs than anything else.

Corban has done a lot for the bear program, simply by being the hard-working, no-nonsense, kind of person he is.