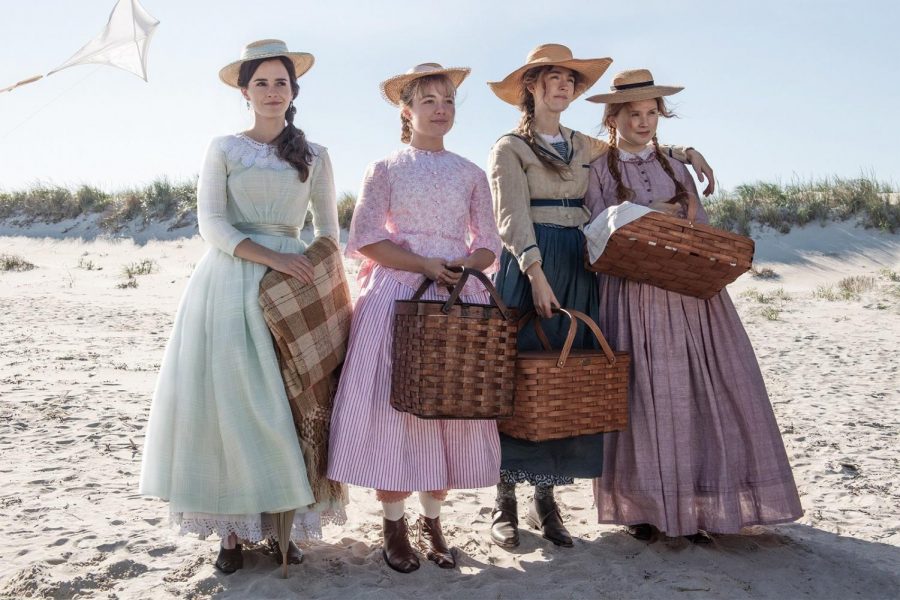 On December 25, the United States received quite the Christmas present: the theater release of the 2019 version of the movie Little Women.  This movie is the newest adaptation of the 1868 novel of the same name by renowned author Louisa May Alcott. Starring such actors as Meryl Streep, Emma Watson, and Timothee Chalamet, Little Women has been destined for greatness ever since its conception, and it has more than lived up to this expectation. Alongside being chosen as one of the American Film Institute’s top 10 films of the year, Little Women was nominated for six different awards at the 92nd Academy Awards, as well as two Golden Globe awards. While it may be one of many adaptations of a classic story, Little Women stands out as a unique, quality movie.

Little Women follows the story of four sisters living in America during the Civil War era. Jo, one of the sisters, lives in New York City as she tries to get her short stories published. After receiving harsh critique from the professor Friedrich Bhaer, Jo decides to travel back to her childhood home in order to visit her ill sister Beth. From there, the movie takes on a sort of dual perspective, detailing both the current lives as well as the childhoods of all four sisters, following them as they grow up. As the movie flashes back to the past, we learn of the sisters’ childhood friend Laurie, a young, rich man who grew up in a mansion near them. We are also introduced to the sickly, piano playing Beth, the childish artist Amy, and the romance-loving actress Meg. The rest of the story continues to switch between these perspectives, detailing how these sisters clash, reunite, and grow into adults.

Though I do not particularly pursue historical dramas, I have seen quite a few. None have fully captured my attention as much as Little Women. Generally, this genre falls into a bit of a crutch, either the story is compelling but the cinematography suffers, or the movie is visually impressive but lacks quality writing. This movie is the best of both worlds. The first thing I noticed upon watching it in theaters was how absolutely gorgeous the lighting and scenery were. The entire movie seems as though it were filmed through the lens of a pair of sunglasses on a perfect summer day. Additionally, the costuming and makeup were positively flawless. One glance at the formal dresses confirms that they are both high quality as well as period accurate. Little Women, however, is not just visually amazing, the story itself is also very enjoyable. Running at an impressive two hours and 15 minutes, it would be only natural for the film to experience some lulls or boring moments, but Little Women did not ever lose my attention. The overall writing never lost its momentum or became cheesy. Every single one of the characters was well developed and likable, meaning that I was personally invested in how the story of their lives unfolded.

Overall, I would highly recommend this movie, and considering that Rotten tomatoes rated it “certified fresh” at a 95%, critics do too. If I were to rate this movie out of ten, it receives a clear 10/10. Though it lends itself to a generally female audience, I do genuinely believe that every kind of viewer could find at least one element to enjoy.