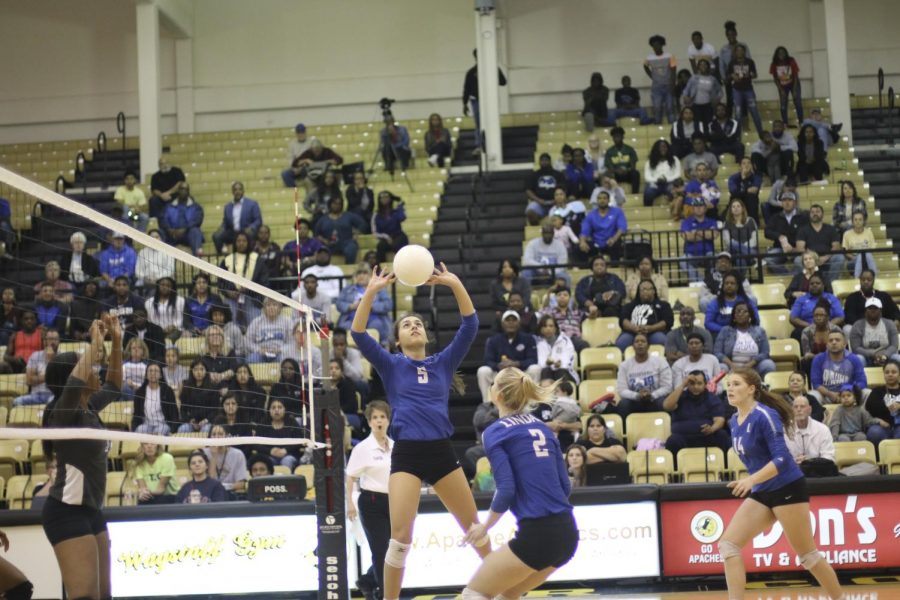 Senior Harleigh Thurman sets the ball to junior Skylar Wyllie, who spikes the ball down for the match-winning point. The Lady Eagles beat John Tyler in the bi-district round of the playoffs and will play Red Oak in the next round Friday.