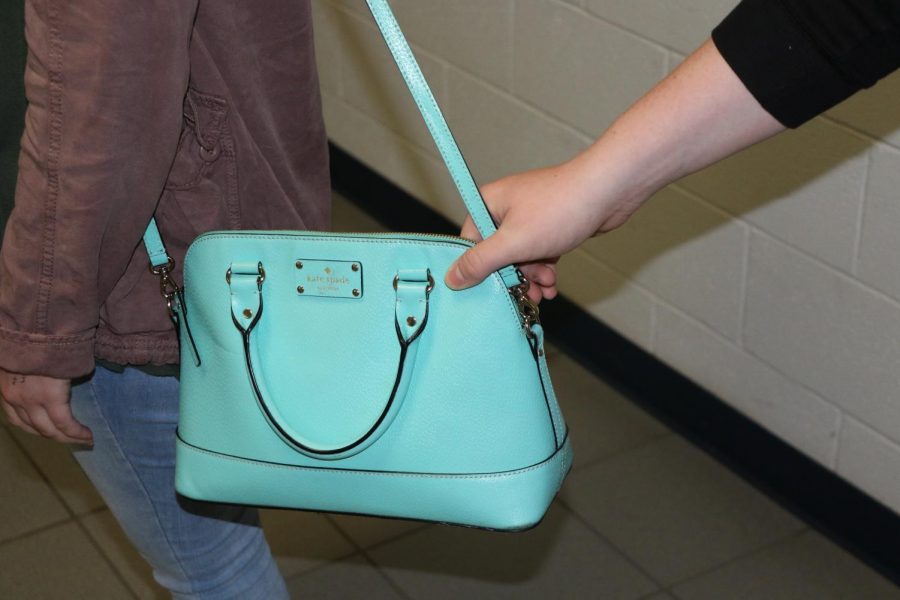 The mugger stole the purse of the woman. This is not an actual picture from the event.

This past weekend, American History teacher Dwight Thomas stopped a criminal who mugged a local woman. Later, the men were arrested and the woman who was mugged was sent to the hospital, where she is now recovering.

“My wife and I were at Liberty Theatre,” Thomas said. “My back [was] to the courthouse behind me when I heard a scream from a woman and someone yell that she was mugged,” Thomas said. “I saw the man that did the mugging, and immediately started chasing after him.”

The man that Thomas chased was not the only man who was participating in the criminal act. There was another man, but the choice to chase after the initial mugger was obvious in the moment to Thomas.

Both Thomas and the unnamed man followed the criminal for a few blocks until they caught up to him. When they finally caught up to him, they pinned him to the ground and called for a security guard to call the police to arrest the man.

“Chasing after the man was a decision that was guided by adrenaline and the fast paced energy that the moment provided,” Thomas said. “When we caught up to him and finally caught him, he kept trying and asking to get up, so we had to pin him to the ground for a good amount of time until the police showed up.”

While the situation at hand was not one that was pleasant, it is one that was dealt with very well by the community. Pedestrians such as Thomas and the other men in the situation answered the call to action and stopped the criminals in their tracks.

“When someone is in need, the community can’t just standby and watch things happen,” Thomas said. “That is why I am proud that in this instance the community around the crime could come together to stop it before it could get worse.”