You Don’t Gnome Me

How I began collecting gnomes 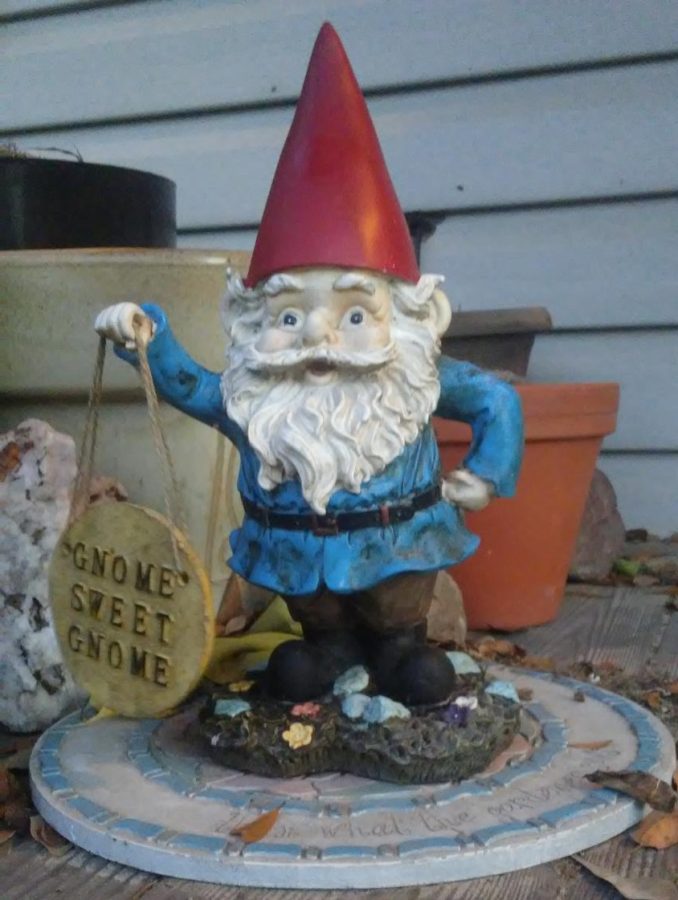 My first gnome, Grimble Crumble. He was named for a Pink Floyd song accurately titled "The Gnome."

Some people collect rocks, stamps, spoons, street signs, or even vinyl CDs. At the beginning of my freshman year, I began to collect ceramic garden gnomes. You know, the type you see in your grandma’s flower garden that ward off anything that would harm her plants. My first gnome was a (relatively) small one that would sit on my windowsill that a friend had bought me for Christmas, and it began to escalate from there.

Unfortunately, gnomes are relatively expensive. The price of a single, average sized gnomes ranges from $20 to $35, so I had to get creative. Whenever a family member or loved one got onto the topic of Christmas or Birthdays, I typically brought up lawn gnomes. Many people took this as a joke, and thus most of the requests were met with giggling and “wait, seriously?”

I finally succeeded in getting my first job over the summer, and managed to put a portion of my paycheck that was not going towards gas or car insurance towards my collection, and figured that every month would afford another gnome. By the time I left the job and began school again, I had procured 3 gnomes of various styles and sizes, as well as a soap dispenser that resembled a gnome. I was very quickly running out of room to place these gnomes, and had to clean out a section of my bookshelf to begin to place the gnomes.

The wide collection was beginning to garner attention in my house. My sister questioned the odd hobby, and resigned that it was not to be given an explanation with even more questions in tow. My mother thought it was hilarious, and even bought a gnome for the porch with a sign reading “Gnome Sweet Gnome”. My father is partly impressed and partly in absolute confusion.

At the time this was written, I have managed to collect 7 different gnomes that sit on my bookshelf at home, protecting a metaphorical garden from foreign invaders such as pixies and crows. With the beginning of my new job, I hope to set aside enough money to purchase another gnome every month or two to add to my ever-growing collection.